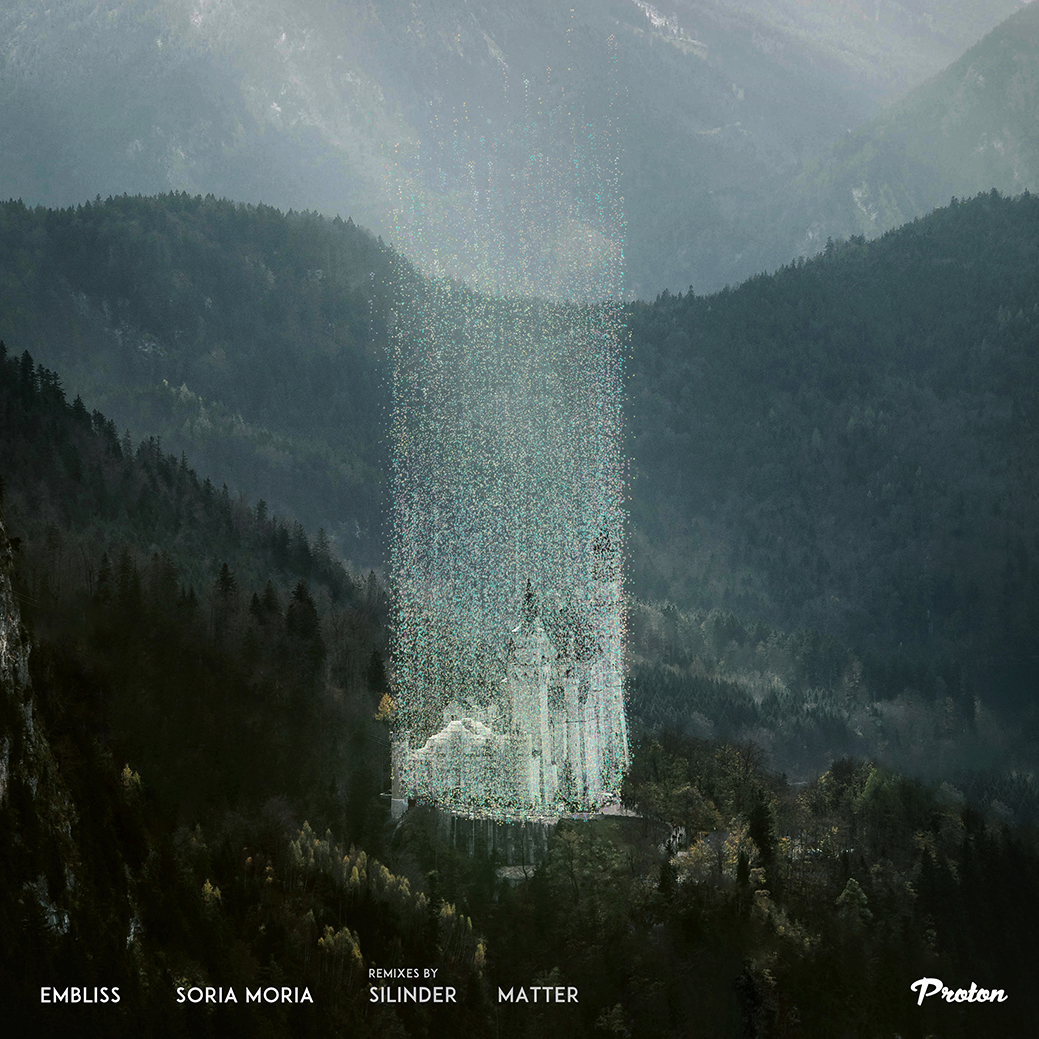 Soria Moria is out now as Beatport and Spotify exclusive!

Listen at Spotify
Buy at Beatport

An iconic name that stretches back over a decade, Embliss returns to Proton Music courtesy of the thematic, “Soria Moria”, further enhanced by remixes from Irish and Australian icons.

Firmly ensconced in his adopted Norwegian home, Dutch artist, Tim Brandwijk, has been a prominent figure in the progressive scene with his Embliss moniker since early work for breaks-centred, Morphosis Records. Subsequently going onto to release on industry leaders, Silk Music, Armada and Anjunadeep, Embliss’ Proton Music history is centred around 2013’s “Stronghold” EP and a glorious remix of Dousk’s “Look Good Tonight”. Taking its musical cues with haunting melodies and tension-filled keys that reference the “Soria Moria” castle from classic Norwegian fairy-tale, the title track is rich in atmosphere and saturated refrains with audio glue provided by a metronomic beat, fizzing hi-hat percussion and tightly locked bass groove. “Lone Wolf” immediately impress with its strong broken-beat rhythm that references a golden musical era. A huge bassline adds warmth and depth in equal measure while the rippling melodies central to the Embliss sound make their presence felt in impressive detail. Textured pads and a chorus of subtle, pitched effects add depth and intrigue in a track full of poise, craft and originality.

An Irish producer, of similar musical significance, Silinder, has been a consistently high-profile figure in the underground progressive scene. A regular on Proton Music since a December 2011 remix of Lank’s “Needless Solution”, a trio of themed original EPs saw “Corrupt”, “Solas” and “Basement” bookmark the Silinder production career between 2012 and 2015. A clutch of blue-chip remixes for Dousk, Navar and Andre Sobota have showcased another skillset and it is a pleasure to welcome him back with a typically flowing remix of Embliss. Reworking “Soria Moria”, Silinder cleverly interprets the central melodic and bass themes, transforming them with his trademark flair. Framed by a rapid-fire hi hat percussion and club-friendly rolling groove, his skill is to provide a swathe of new production material that reaches its zenith at the breakdown and captures the essence of Embliss’ work while creating a stirring new interpretation.

Matter has become a regular contributor to the Proton Music catalogues since a July 2015 debut remixing Biologik. Often with fellow countryman, GMJ, the pair have featured with a host of original production material, centred around the “Superposition”, “Osmosis” and “Interscope” EPs while solo outings via “Pronoia” and “We Are Dust” in May 2016 and November 2017 have seen the “deep synth lines and driving bass” from the Australian’s studio light up the label. Returning after a solo remix of Hot TuneiK in August 2018, the typically varied sonic palette that he uses to paint such vivid aural pictures, find Matter reinvigorating “Lone Wolf” with a glorious array of motifs and symphonic elements that reach their denouement in an extended breakdown that showcases Matter’s continually growing skill and ingenuity. A strong rhythmic pattern and mesmerising groove add further to work of pure imagination.

A new sonic venture from the Embliss imagination finds “Soria Moria” steeped in modern musical folklore with remixes from Silinder and Matter.